A jewish deportee in the outfit from “Over There” to avoid speaking about Death Camps.

He is in relief, behind barbwires suggested by branches armed with thorns, on a French flag background, symbol of the choice he made of the country where he would be “happy like God in France”.

On the flag, pieces of the yellow star whose compulsory wearing was established by the government of Vichy, are disseminated.

At the foot of the main character, three children also in deportee outfits.

In the XIXth century, a time period where, in Europe, only France had emancipated the jews and had defined them citizens of right. 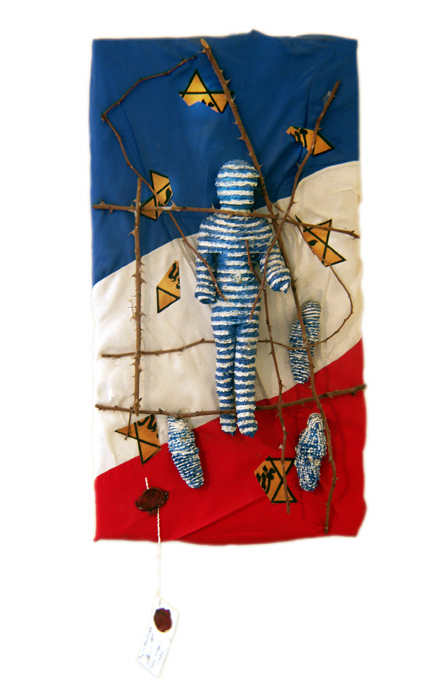